British Columbia: ‘We Don’t Think That’s Funny’ (And Other Inspirations from “How to Be a Canadian”) 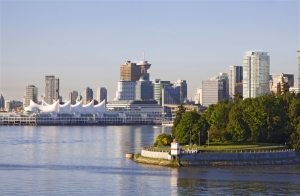 On Wednesday I wrote about a sadly unknown feisty woman in history.

No, this is your manual on How to Be A Canadian. As evidenced  by, ehrm, the title.

I bought this book ten years ago for my American husband. He wasn’t quite my husband yet. The prospect of moving to Canada from the greatest country in the world made his patriotic heart quiver with nervousness (as it should). But the Ferguson brothers description of what defines us (hint: Canadians are always defined by negation, as in, I am NOT American), unites us (see below), and makes us awesome (the ability to poke fun at every inch of our land, people and government), made David laugh and say, ‘ok, I might like it here.’

We’ve read this book to each other many times in our nine years of marriage.

It gets funnier each time.

Take last night, for example. I was scanning our bookshelves. What to suggest for ‘Friday Reads for the Non-Compulsive Reader’? The spine of How to Be A Canadian stared back at me. I flipped open to my favorite chapter, the cross-Canada tour, in which the authors describe what you would see, hear, and feel in each province, if you were to travel from Newfoundland to British Columbia.

My favorite part of that favorite chapter? Their analysis of B.C.

Yes, its my home province. Yes, I do think it the best place in the world. But anything that is this awesome is bound to have a few inconsistencies, or, um… insanities.

So, prepare yourselves, British Columbians. Grab your indignation (incidentally, Rick Mercer advertises a cologne called INDIGNATION, inspired by Michael Ignatieff, if you’re interested), grab your umbrellas, and prepare to be pinned to the wall. While laughing, of course.

Long-term Forecast: Not so good.

‘Now, we’re not saying the West Coast of Canada is a haven for spaced-out, looney-tune, New Age, wacked-out flakes, but it is a fact that at any given moment 70% of the population of B.C. is chained to a tree. And the remaining 40% is attempting to cut it down. (I know the numbers don’t add up, but then, neither does B.C.) The Interior is filled with right-wing ranchers. The coast is filled with tossed salads and left-wing nutbars. The Island is filled with crotchety old retired folk. The Liberals are really conservatives, and the conservatives are really Socreds. Does any of this make sense?

‘It used to be the one thing uniting Canadians, coast to coast to coast and regardless of their background or political leanings, was this: they all hated Toronto. Today, however, what most unites Canadians is a simmering dislike (read: envy) of Vancouver. …(Note: the UN recently ranked Vancouver as the best city in the world in which to live. But what do they know?)

‘The official emblem of Vancouver is an umbrella turned inside out. With an activist chained to it. Drinking a latte. Vancouver: It’s not just a city, it’s a state of mind… a land of tai chi and chai tea, where the trees are cedar, the condos are leaky, the coffee is Starbucks, the tie is dye, the poles are totem, the reviews are mixed, and the stone-age neanderthal Sasquatch is real.”

Now, I could go on, because the description of Alberta is just as priceless, and we’re about to visit our Rocky Mountain neighbours soon, but I think, really, you all just need to read this book. Of particular note are the chapters on Canadian social values and ‘how the Canadian government works’ (the answer is two words long). I promise, you will get at least ten years of tear-inducing humour out of it.

And if you’re really interested in ole-fashioned, we-love-Canada-even-though-its-messed-up humour, go to http://www.rickmercer.com. I sometimes think it was Rick, not me, that made David love Canada the most.

But that’s a topic for another time.

Tags: British Columbia, How to Be A Canadian, humour, Ian Ferguson, Lana Meredith, Rick Mercer, Vancouver, Will Ferguson
From: The Power of Pain
← Victoria Woodhull: Daring the Impossible
Good Sports, Sore Losers, and Why it Matters: RIP Rick Rypien →
4 Comments Post a comment