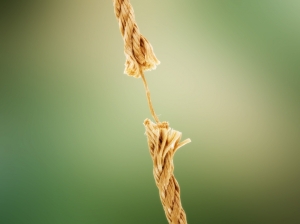 “Contemporary middle-class women seem prone to feelings of inadequacy. We worry that we do not measure up to some undefined level, some mythical idealized female standard. When we see some women juggling with apparent ease, we suspect that we are grossly inadequate for our own obvious struggles.” – Faye J. Crosby

“Increment: something added or gained; addition; increase; profit; gain; the act or process of increasing; one of a series of regular additions; growth.” – Dictionary.com

If any of you have been looking for me, I’ve moved to Home Depot.

Such lovely people at Home Depot.  Such kind souls in their orange aprons. This is what you need, right here, and Make sure you don’t forget to do this.

My house – nay, my marriage – is forever indebted to you, Home Depot.

Except for last weekend, of course, when my brother had a better idea to fix our pierced drain pipe than you did. But that’s besides the point. I’m merely explaining why I’ve been estranged from my blog these past weeks.

I’ve spent these past hundred days in a blur of paint, power tools, grout, and sandpaper. I relegated my computer to a rarely-seen shelf in the collection of things we don’t know what to do with right now.

Do you people have slaves that do this stuff for you?

Do you stick your children in hyperbolic chambers while you carefully arrange the supplies for their afternoon art projects?

Or are you all just Martha Stewart in disguise, exacting revenge on the homemaker world by turning us all into

Of course, it was Pinterest that first gave me the design idea for my beautiful living room I type in right now. It’s my favorite room in the house. Unfortunately, during the renovation process, I made the mistake of going back on Pinterest to look for ideas for little pieces – lamps, shelves, fireplaces, artwork. And every single time I wound up feeling like everything we’d just done was

This… wonderful feeling was, of course, pressured by my choice of TV viewing as I chalk-painted and sanded my grandmother’s 100-year-old, never-used-before-we-got-them, Victorian dining room furniture.

It’s official: Downton Abbey is my crack, Julien Fellowes my dealer, and Dan Stevens the middleman who tampered with the supply.

Seriously, Dan. Couldn’t we have all had a little chat about this… GLOBALLY impacting decision of yours? Oh right. You and your refusal to become a ‘sensation.’

But in the painting and the sanding and the Downton of it all, I had two thoughts:

1. I can not stop watching this crazy show and I. HAVE. NO. BLOODY. IDEA. WHY.

Yes. My thoughts started to sound British. I was high on sanding fumes.

I’m sure most of you have never even dreamed of having others do your dirty work for you. If so, you’re obviously better than the rest of us. (Anyone who’s seen an Alex Burrows post-game interview, repeat with me, in a quasi-French, I’m a bit of a punk, accent: Obviously.)

I admit it. I fantasize about the good life: days spent not on laundry or dishes but in pretty clothes looking at pretty things with pretty people.

Except that doesn’t sound much like me, does it?

It might sound like the old me. Obnoxious 21 year old with two university degrees and nine thousand tons of attitude. I was going somewhere. I was going to be somebody. I was doing important things.

I wasn’t just a musician. I was in ministry, thank you very much.

(Excuse me while I grab an airplane vomit bag.)

I wasn’t just a nurse. I was just putting in my time before they’d consider me for management – er, leadership.

I didn’t know it then, but I had bought into the philosophy that being the peons’ boss is so much more respectable than being a peon. Anyone can be a worker bee. Not just anyone can organize said worker bees without getting stung.

But one marriage, two kids, four family deaths and four years with leukemia later, I’m very sure that

I had everything backwards.

Everything I ever did that was ever worth doing was on the list of things I thought just anyone could do.

Take my job, for example.

A year ago, I was more than ready to quit. Everything about what I’d once claimed was my dream job had morphed into something I barely recognized as something I’d ever wanted to do. Everything was hard. Nothing felt right.  The thought of continuing as I was for another thirty years dwarfed me in a sea of

I can’t do this anymore.

It’s the thing that all moms say at least one point in their labor. I’m done. I can’t. I’ve got nothing left.

Most times I tell them let’s just do one more contraction like this. Then we’ll switch. Switch positions, switch pain relievers, switch ideas… something. You can do just one more, right?

Just one more, just one more, until they get to the place where it’s done and I did it and I’ve got everything left.

One by one, these victories, these stories of babies that come out better than we thought they wouldand women that do things they didn’t think they could, have stockpiled in my memory until I can’t imagine walking away.

But none of these moments would have happened if the women involved – and their partners, their caregivers – had looked at everything that had to be done and tackled it all at once.

The nasty thing about home renovation projects is that they breed when you’re not looking.

We started the renos to make room for all the books.

(Fellow homeschool families will know what I mean).

We kept going to make room for all the quiet. The stillness of an organized, peaceful room is worth every ounce of energy we’ve put into it.

If I’d known I would be doing this much when I started, I might have chosen to light a match and start over instead.

But most things can be done in increments.

I didn’t learn that the good life was in doing the things anyone can do in a single epiphanous moment. I was beaten off my high horse by repeated blows from a rather painful polo mallet.

For I consider that the sufferings of this present time are not worthy to be compared with the glory that is to be revealed in us. (We) were subjected to futility, not willingly, but in hope that (we) would be set free from our bondage to decay…. We groan and suffer in the pains of childbirth together until now… waiting eagerly for (our) redemption.  – Paul

I say this because I know many of you are in pain. Some of you think it can not possibly get any worse; others think they can not possibly continue this way. Others wonder what happened to their promised rose garden.

Nothing worth doing is done without difficulty.

New life is not delivered without pain.

All of us can do the things we are supposed to do – in increments.

Find your increments. Get them right.

Eventually, you will find yourself victorious.

Even if only for a moment, because

the next increment is coming.